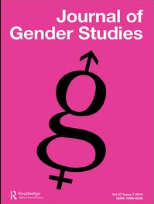 Female geronticide: the case of Israel

ABSTRACT
This study of femicide involving elderly women, or female geronticide, aims to fill a gap in the research literature. The article is divided into three parts: a review of the literature on femicide, geronticide, and specifically female geronticide; a review of the literature utilizing Israel as a case-study and an empirical report on the findings of the first longitudinal study on female geronticide in Israel, which demonstrates that over a period of 10 years (2006–2015) female geronticide was perpetrated solely by intimate male partners. Findings of the study also show post hoc that while femicide is perpetrated in disproportionate numbers by, and towards, members of particular ethnic categories, such as Ethiopian immigrants and foreign migrants, there were no cases of female geronticide in these two groups. The likelihood of an elderly woman being murdered by her intimate partner or family member was higher among the following groups in the following order: immigrants from the former Soviet Union; Israeli-born Jews and; Israeli Arabs. The findings are important for policy- makers in Israel but have applications globally.